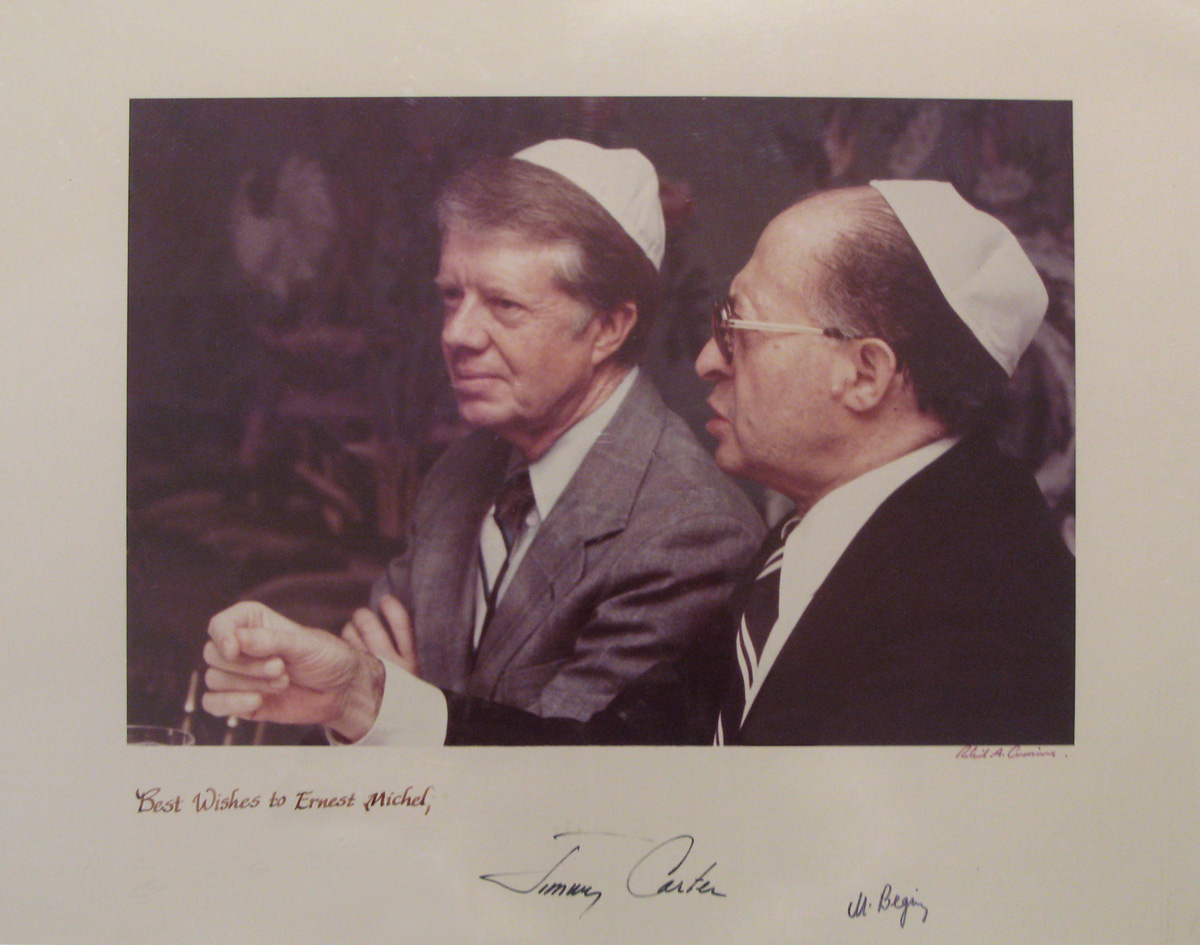 Architects of Peace in the Middle East

Additionally signed by the photographer, Robert A. Cumins, one of the leading photojournalists and documentary photographers of the second half of the 20th century. 9 x 14 in.  Color photograph. Traces of mounting. A splendid large-format display piece.

Signed by Carter and Begin. Menachem Begin was awarded the 1978 Nobel Peace Prize, together with Anwar Sadat, “for their work in laying a foundation for future peace” in the Middle East. The framework, reached at Camp David, was facilitated by Jimmy Carter. The Nobel award called Carter “the masterbuilder responsible for the bridge that had to be built between Egypt and Israel.”

Provenance: Calligraphic inscription to Ernest W. Michel, the noted Holocaust survivor who covered the Nuremberg trials as a journalist and later was a prominent Jewish leader in New York.