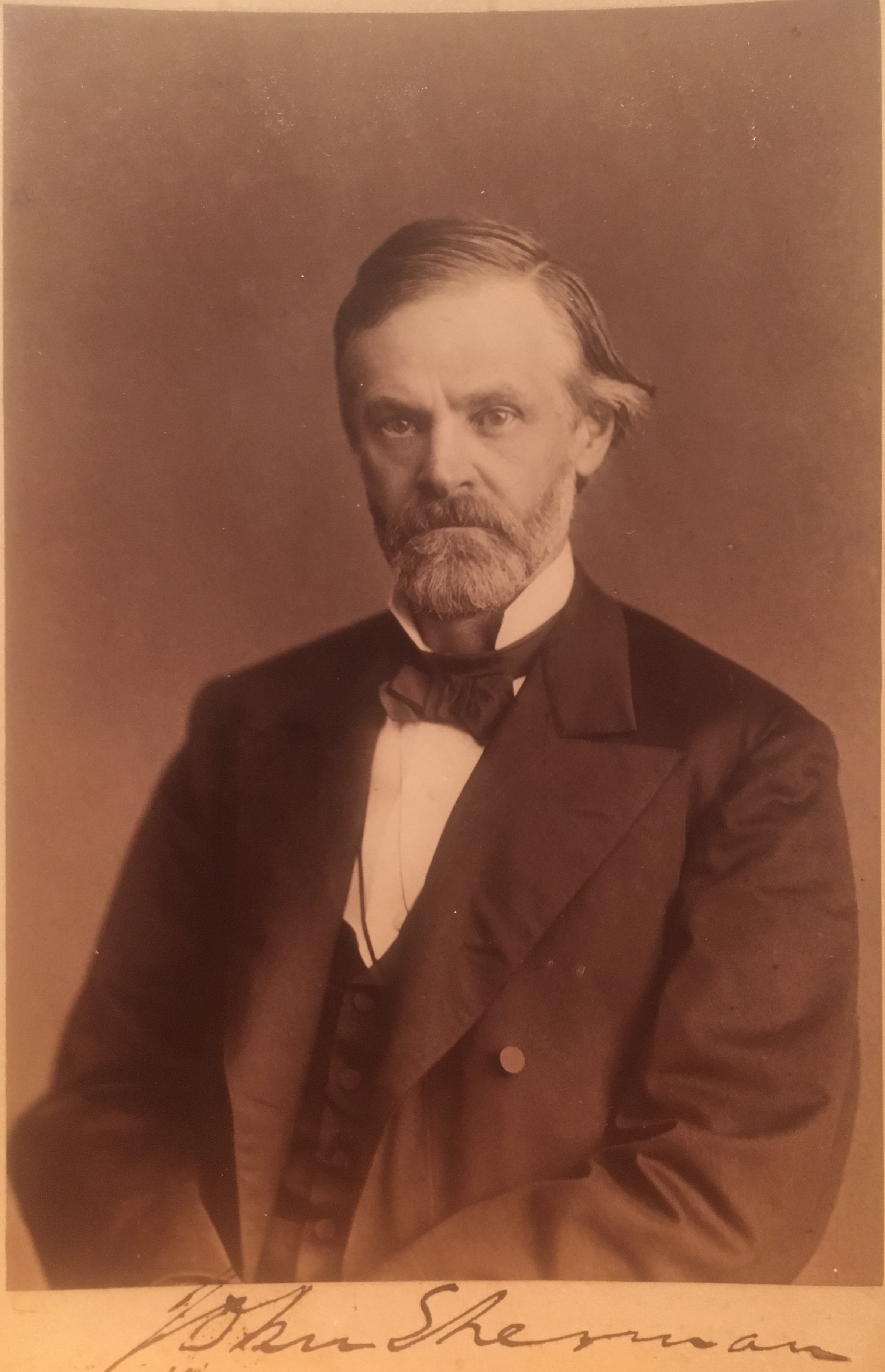 author of the Sherman Antitrust Act

Signed by John Sherman. Ohio Republican John Sherman was one of the most powerful American politicians of the second half of the nineteenth century. He served in the House of Representatives (1855-61) and U.S. Senate (1861-77) before becoming Secretary of the Treasury in the Hayes administration (1877-81). When Garfield was elected president, Sherman returned to the Senate, where he served from 1881 to 1897. Sherman was the younger brother of Gen. William Tecumseh Sherman.

Sherman is most famous for the Sherman Antitrust Act of 1890, the first major federal action to curb the power of the great monopolies. The act was intended to prevent monopolies from using their power to restrain trade. “The purpose of the [Sherman] Act is not to protect businesses from the working of the market; it is to protect the public from the failure of the market. The law directs itself not against conduct which is competitive, even severely so, but against conduct which unfairly tends to destroy competition itself” (Spectrum Sports, Inc. v. McQuillan 506 U.S. 447 (1993).

The Sherman Act was the basis of the 1911 Supreme Court decision breaking up Standard Oil into 34 companies, ultimately bringing into existence Exxon, Mobil, Chevron, American, Esso, and other descendants of that corporation.