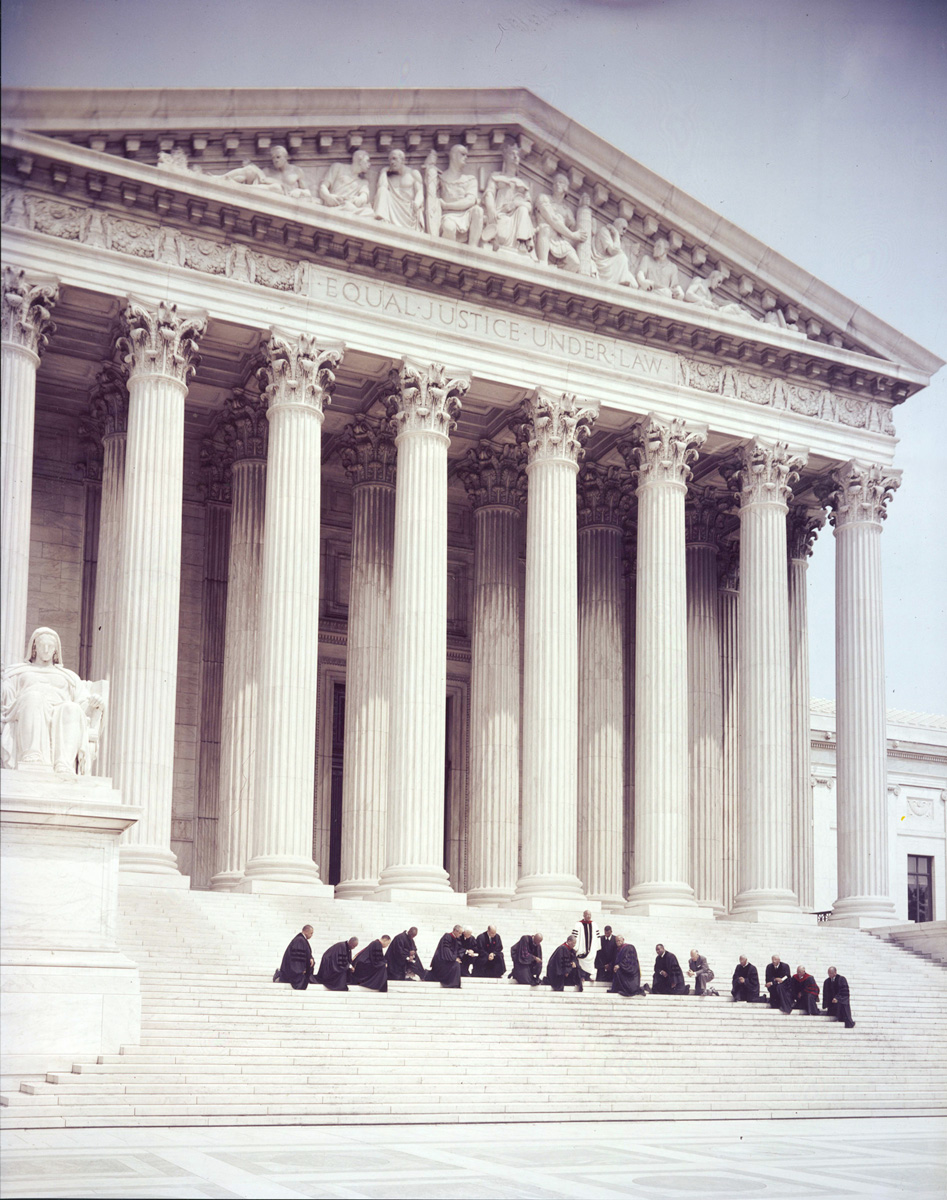 Completed in 1935, the magnificent neoclassical Supreme Court Building features the motto “Equal Justice Under the Law” on the west facade, which serves as the front of the building.

“We conclude that, in the field of public education, the doctrine of “separate but equal” has no place. Separate educational facilities are inherently unequal. Therefore, we hold that the plaintiffs and others similarly situated for whom the actions have been brought are, by reason of the segregation complained of, deprived of the equal protection of the laws guaranteed by the Fourteenth Amendment” (Supreme Court of the United States, Brown v. Board of Education, 1954).