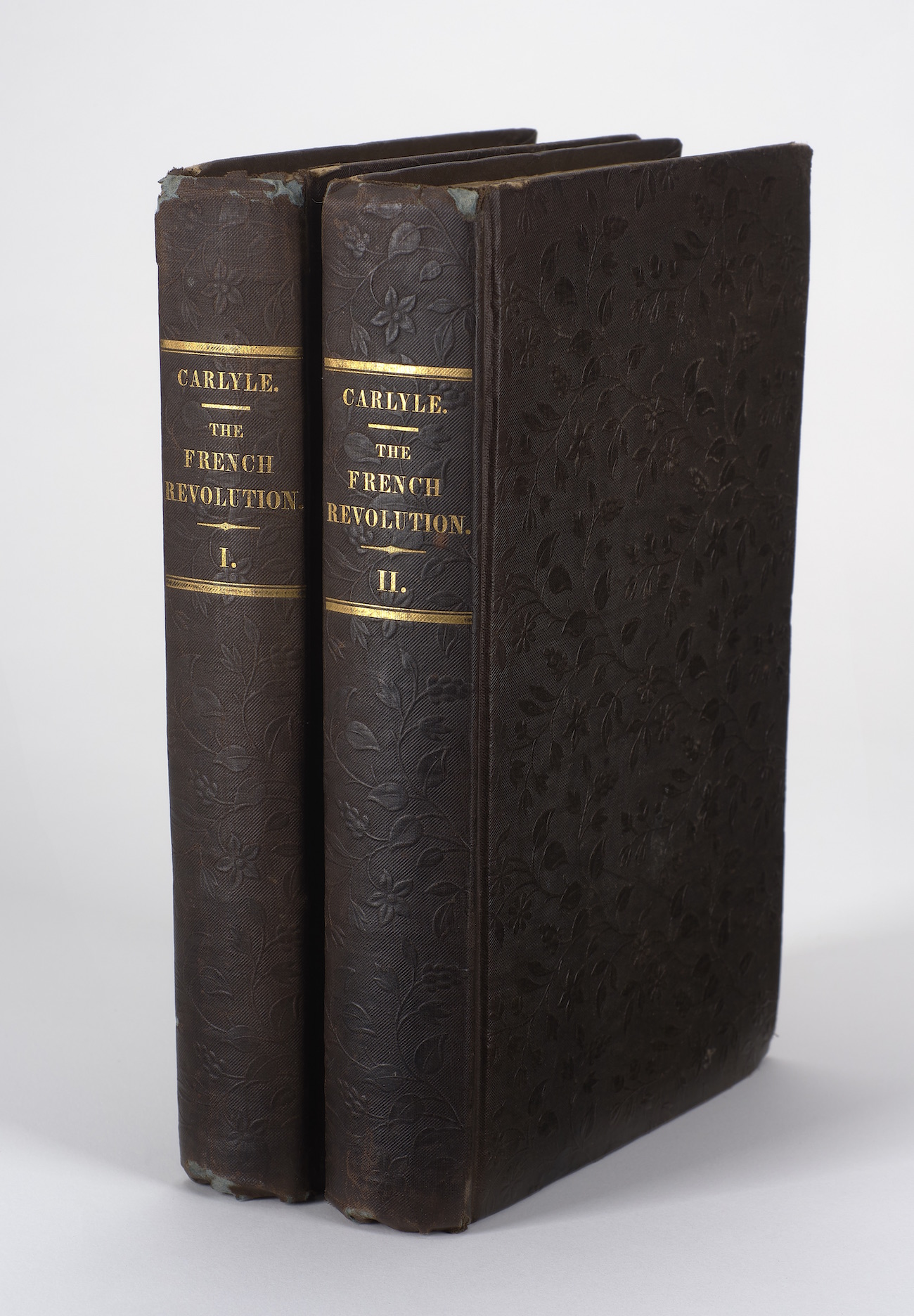 First American edition. A splendid presentation copy inscribed by Ralph Waldo Emerson to his brother: “Wm. Emerson from his brother Waldo.” The inscription is in pencil in the second volume. Emerson used this intimate signature only with his immediate family. Page 270 of the first volume bears a pencil correction apparently in Emerson’s hand.

“I know nobody among my contemporaries except Carlyle who writes with any sinew and vivacity comparable to Plutarch and Montaigne” (Emerson’s journal June 24, 1840).

Maintaining a close friendship and literary association for decades, Emerson and Carlyle served as intellectual inspirations and touchstones for each other. In 1836 Emerson arranged for the American publication of and wrote an introduction for Carlyle’s Sartor Resartus, and Carlyle returned the favor a few years later, writing an introduction for the English edition of his friend’s Essays.

Emerson wrote in his journal, “Carlyle represents very well the literary man, makes good the place of and function of Erasmus and Johnson, of Dryden and Swift, to our generation. He is thoroughly a gentleman and deserves well of the whole fraternity of scholars, for sustaining the dignity of his profession of Author in England” (July 12, 1842).

RARE: we can trace no other inscribed copies at auction or in any of the major collections of American literature (Arnold, Chamberlain, Wakeman, Wilson, etc.).

This is a 19th-century literary association copy of the greatest significance.