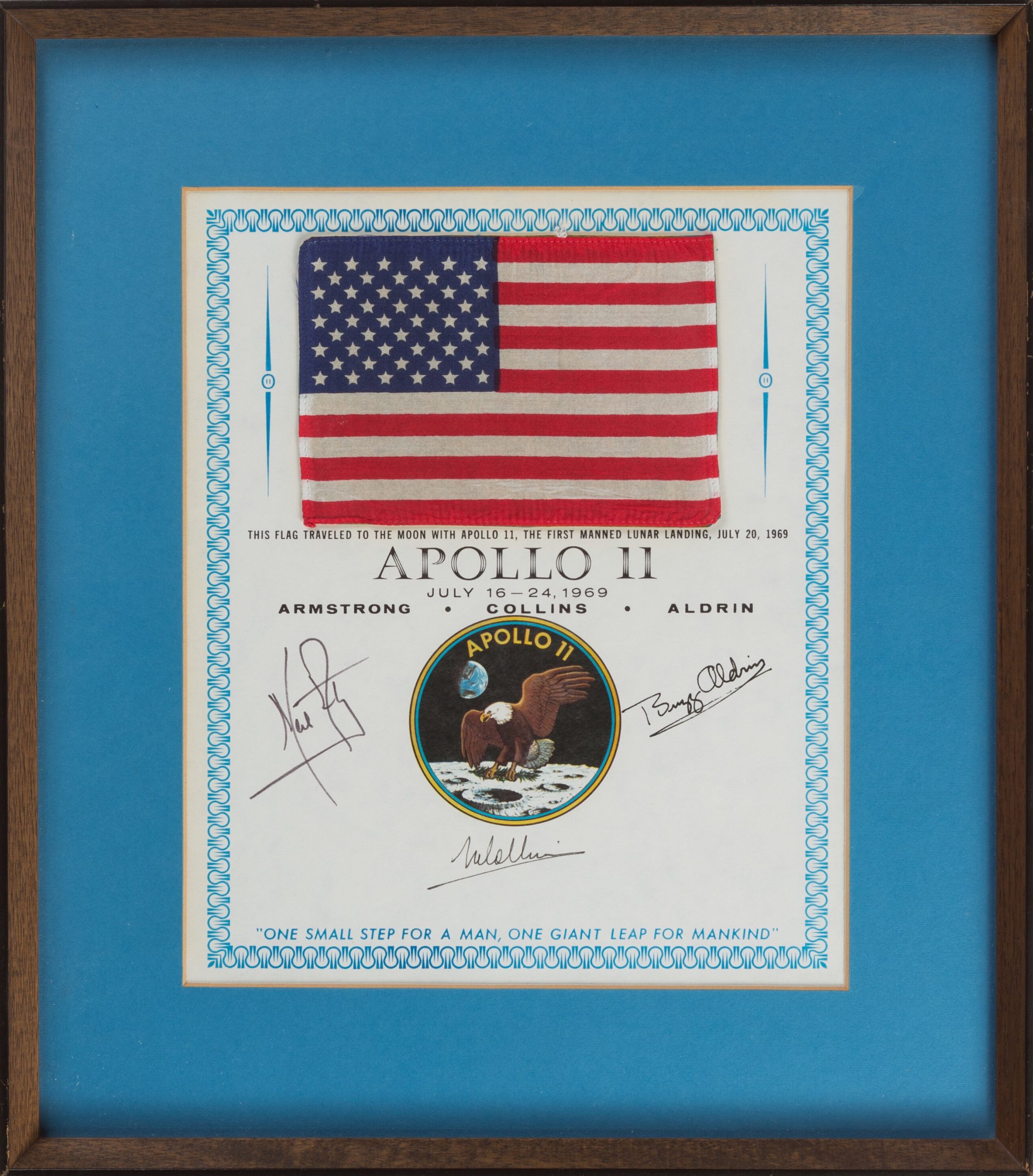 This American flag, flown to the Moon on Apollo 11, is one of the most sought-after relics of space exploration. This wonderful relic of the first Moon landing is accompanied by the original printed certificate reading “This flag traveled to the moon with Apollo 11, the first manned lunar landing, July 20, 1969” and includes the dates of the mission, the last names of the astronauts, and Neil Armstrong’s famous words, “One small step for a man, one giant leap for mankind.” The mission emblem is printed in the center.

All three members of the Apollo crew, Neil Armstrong, Buzz Aldrin, and Michael Collins, have signed the certificate. The excellent signatures do not show the fading that typically plagues the signed certificates.

The United States flag is in excellent condition, without the dark stains usually seen at the corners where adhesive typically has bled through.

This is an outstanding example of one of the most sought-after flown space relics.