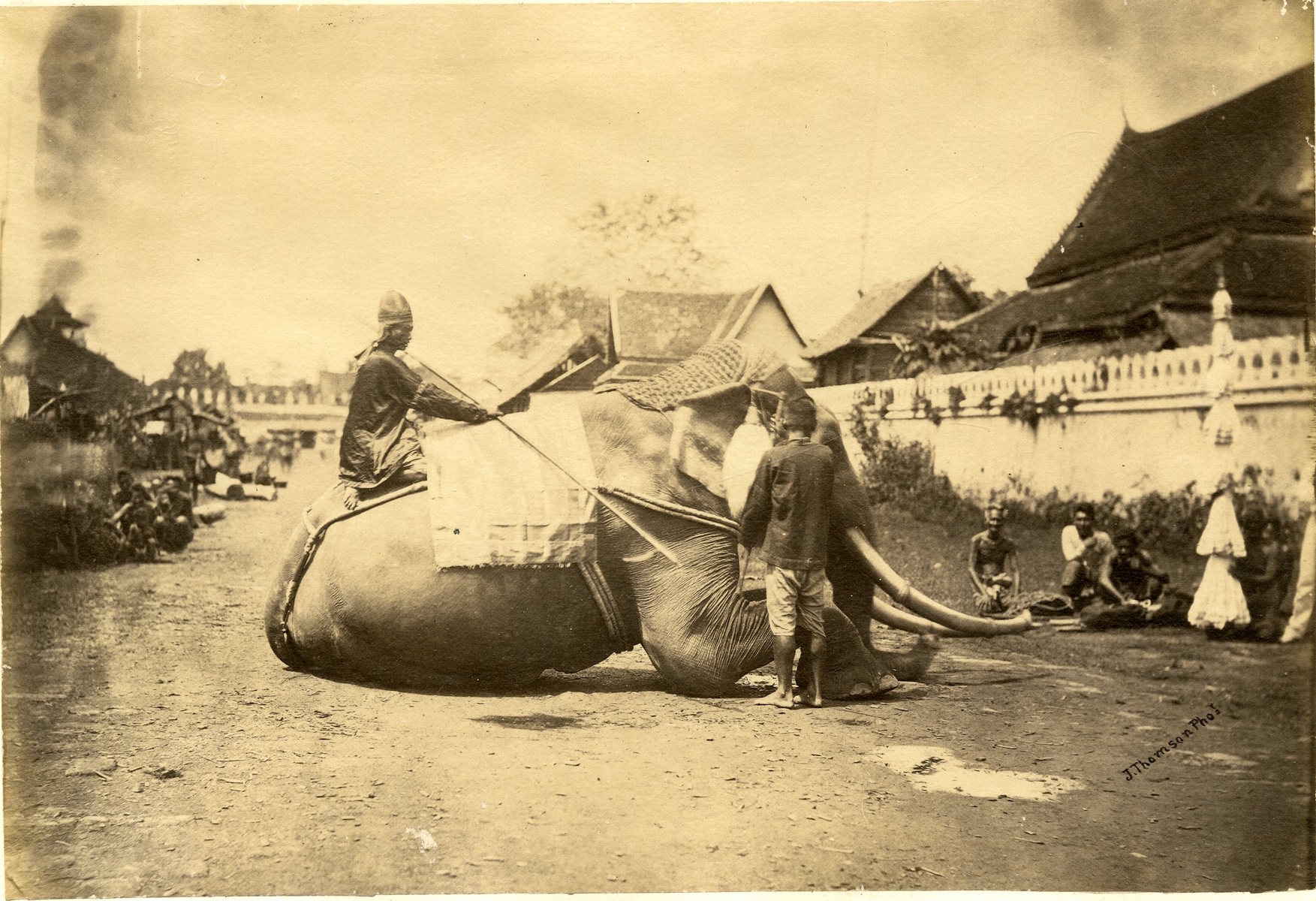 the King of Siam’s white elephant

This remarkable photograph shows “one of twelve white elephants belonging to King Mongkut. The ‘white’ elephants are really reddish-brown with pale eyelashes and toenails. Male white elephants were regarded with high esteem and were adorned with elaborate costumes. The photograph shows the mahout, wearing a distinctive conical hat, training the elephant to kneel; he is using an elephant control stick with a hook (an ankusa). A boy stands by the head of the elephant, several other elephant carers sit on the right with ropes and a parasol, and a large group of onlookers sit on the left. The walls of the Grand Palace are seen behind” (Wellcome Institute Library).

Thomson recalled of the white elephants, “We passed a place called Bang-Sang, where a royal palace had been erected for the reception of a scared white elephant, which died, it was reported, of a champagne dinner, on its progress to the capital. The untimely end of this brute was esteemed a national calamity, and was a cause of deep mourning to all devout Siamese Buddhists” (The Straits of Malacca, Indo-China, and China, p. 123).

John Thomson was “a towering figure in nineteenth-century photography” (Bennett) and the foremost photographer of Asia in the nineteenth century. In 1865, having read of the discovery of Angkor in Cambodia, Thomson sailed to Bangkok to obtain the permission of King Mongkut of Siam to travel into Cambodia’s interior. While in Bangkok, Thomson made photographs of the king, his court, and other scenes.